„All the forces in the world are not so powerful as an idea whose time has come.”

I was hiking on the hills, the other day, with a childhood friend of mine who recently got divorced after a very bad outcome of his marriage. And we reminisced the good old times. We missed them! A lot has changed and we may never get back those years we lost. We had everything: challenges, fun, some fights between us guys, perhaps over a girl or over something not worthwhile. We were kids, what can I say.

When it comes to talking about losing what we had, I should say that the one who lost more than us was Mother Nature. And now we suffer the consequences. Now we feel what she feels to lose resources, lands, habitats, life. The wheel is turning and yet, we still think of a kind of new world order or great reset as some of us may call it.

We were hiking and talking, and admiring the landscape. Such beauty! Such abundance and diversity. It is autumn now and the colours are starting to turn visible over the woodland landscape. Exactly what I have expected.

The evergreens have their cones ripe like the ripeness of thought that inspires me to create. The aqua green in contrast with the earthy maroon or brown, orange, and green with yellow are melting the heart of the one who is prepared to feel such awes. A child-like human being.

Horses and cows were grazing here and there. Overcast clouds took hold of the big mountains and were lowering their cover onto the hills as well. Probably, later on, during the evening and maybe all night, mist will cover all the land. Mirifical is all!

This is autumn, and autumn you know very well that is preparing us for winter. And not one that is like a radioactive winter of a nuclear apocalypse we fear may come. Yes, you know it very well! There is the danger of such a global conflict which would be the peak of all of them. It could wipe us all out, including the natural world. We fear it because we fear ourselves and the powers that we possess.

But the biggest power is not the physical force we can put at stake, but the power of words. Words are stronger than fists or atomic bombs. Words have a delayed effect, most of the times, but their deep hit lasts until people finally make a change or ignore it totally. No matter how hurtful truth is, it either disturbs the ego and a crysis comes, or it helps awaken the consciousness of the listener.

Such words we need today because the mist of ignorance falls upon us and, in the darkness, undesirable things will come. It is our last chance to save ourselves! So, we listen, we heed, and we act.. now! 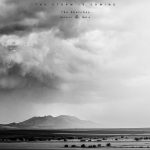 The Sketches: The Storm is comingInspirational, Photography