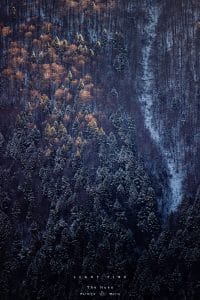 „Light in Nature creates the movement of colors.”

I couldn’t stay indoors anymore, I had to get out. My pen was exhausted. Wind was blowing, still, outside, but I wasn’t afraid. I knew it would be just a breeze, nothing to worry about, because I am tough, I can take it. I fear not the grinding blow of the cold season Zephyr.

So, I was looking for a soothing place. I took on the road, on the path to clear my mind, because it was racing. Did I tell you about too much information? It stuck with me. But the image of the mountain in winter kept coming back to me. I went by train to start ascending on the path of the mountain during winter. And yet, it felt like I was one foot in Paradise. Kind of strange.. of course, I ignored the other foot.. in Hell.

The ascension was, at the beginning, quite smooth. I saw moments of light and of shadow on the trails, in the landscape. Sky was clear. Sun was shinning, but the woodlands are a beautiful chaos and the trees helped cast some random lights on the forest floor. What did I see? Warm colours.

People say shadows are cold, light is warm. But it’s the same spectrum of degrees of white. But I also saw balance. And balance is not perfect, actually. Perfecting the balance is in one’s own mind and consciousness. In other words, how you perceive it and how you express it, hence give back to the Universe.

You see? The Universe is your mirror. Nature is too. It gives you what you think. If you end your thinking, your fantasies, the Universe will reveal it’s true being. How it really is. I decided to learn to see and perceive, meditate through photography.

We all can perfect the balance if we can perfect our Being, our primordial state of awareness and our identity. It’s magical. But it can be done.

I made a pact with myself: light fire and all else will be capable to shine. All else WILL shine. The light of a candle does not wither while you share it, but it mutiplies, so said Buddha.

I am all about value. And I saw value on Earth, in the Sky, on the Land, in the Forest, on the Mountains, in the Light and in the Fire.

Why do you think there is no such thing as a cold fire? In this world we live in, there isn’t. Fire burns. It does not grind like ice or stiffen the limbs of the traveler, but it animates.

And so, I was up on the ranges again and I saw different plays of light and shadow on the landscape. Wind was blowing a little, from time to time. Weather was good. Lots of sunlight. And the land was preparing for winter. Shadows were touching the tops or nibs of the evergreen conifers like pens upright pointing to the Sky and were lighting them with the cold first snows from yesterday, or before. It was autumn, late autumn, actually. But sunlight was there too and was caressing the tree tops here and there. And they were lit like they were on fire.

Light the Fire and all else will shine like Sunlight! Shine warm and speak warm! Fire will be your heart!

Patrick
I scruttinize the Earth, the Skies, the Cosmos, the forces of Nature, in order to find those successful models that always were with us so we can become great in what we do, daily, from moment to moment. Thus, I want you all to create your life with talent and success.
Recent Posts 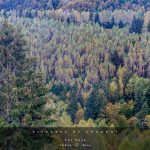 The Hues: Ripeness of ThoughtInspirational, Photography 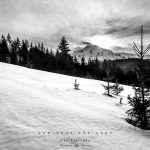 The Sketches: This is the worst of times, this is the best of timesInspirational, Photography