Nothing great was ever achieved without enthusiasm.

When I pick my pencils and put my hands on the drawing board, I feel a dark fog dissipating from my mind to make way for a vision of any kind so I may draw it. Then, I outline the image within my mind as if I’m sculpting it with my hand and a pencil. Accents and contours begin to clear out and the lines are sharper moment after moment until they become clear as well. But it has life. It has a will and a mind of its own. It moves…

Going back to the mountains, where I learn about life, about hardship, about challenges, about greatness, where I meditate with each step I put my foot on the hard rocks, I see that the lands are already drawn by great giants with their ridgety tools. I don’t see them with physical eyes, only with my  mind’s eyes. They are somehow burried within their works, their mountains, their valleys and hillocks. There is movement in stillness. Every landscape is as if these giants have modeled them right behind my back. When I turned around, everything was still. They didn’t want me to see them in action. They don’t hide, but however they don’t show themselves working in front of every mortal. One must be still in mind in order to perceive them working.

If outside there is stillness, it is not the same inside, that is to say within. You know, the world can be moving with thousands of miles per hour and if one is still within, one can see the world from a greater point of view, transgressing the mere dazzling fuss of the outside world. If not, one gets absorbed by the century of velocity.

These giants belong to other dimensions. I dare not get into details for these but how I see them, I’ll portray. The have giant hands, giant feet, long grizzled beards and they sing, and draw, and thus they shape the world.

And so, I began watching them. The skies were full of cloudtrails as if they were in a hurry. The rhythm, the drum beats and the humming began to form the land. It wasn’t so much cleared from the very beginning, but filled with a milky white fog, as if whisps of paper were caressing the settlements, the hills and the mountains in the background, so they can be uncovered later on. All wasn’t ready yet.

Minutes went by and, little by little, the mist was unravelling the landscape. It was very much monochromatic with hints of colour here and there. At first, I thought my giants were drawing with graphite, what with the grayish nuances and all.

I was watching them from a balcony, from the chalet. Some of the greatest sceneries I have seen from these kind of places to be. Rustic it was and welcoming, warming for the traveler in me, ascending through the woodlands to the peaks. It is a place of rest and it is also a place for artists. Nevertheless, lots of people were there eating, drinking at the restaurant and at the terrace.

Anyway, I couldn’t help myself and I had to catapult the question to them. Surprisingly for me, they stopped and looked at me as if I was a little quaintity, that is, an entity who is quaint, especially due to the question I’ve launched: how do you draw?

They looked at each other, then at me and refused to answer, seemingly, and continued their work. It was unusual to me since I was very happy to ask and get an answer. I love drawing. I too draw. And therefore I wanted to know their secret. But it looks like my question was rather childish, even though my attitude was childlike. But hey, maybe it was just me.

One of the greatest lesson I have learned in my life was to listen when the master doesn’t speak and to look when the master does not show anything. And, remembering it, so I did. I intuit it and watched them further, while they were doing their work. Their mighty hands, their huge strokes revealed their secret to me. Everything was a dance. Everything was risen due to the magnetic vibration, so unseen and mysterious, that was leveling the land from the faintest of lines to the crispiest, sharpest ones in the far distance. And the skies blew light so some arreas could be lit and others could be tarnished as if burned.

They played with light. They made some of the phenomena I was experiencing in physical to fall utterly short of explanation only to recognize it in the other realms of life. I wanted not to believe it but I had no choice. It was so beautiful I had to.

And so, their strokes and their hand movements showed me their technique. It’s all in the attraction and rejection of matter and energy, of lines and whisps. One is for earth, the other is for air. One rises things, the other diminishes them. Thus the balance.

Their answer was very clear: we don’t draw, we play! 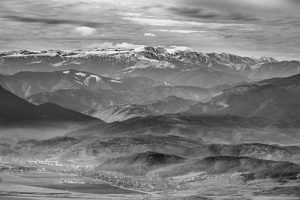 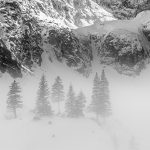 The Whispers: In Nature we trustInspirational, Photography