To see a World in a Grain of Sand
And a Heaven in a Wild Flower,
Hold Infinity in the palm of your hand
And Eternity in an hour.
William Blake

It’s often indicated by professional landscape photographers to look behind you, while out in the field shooting, because you may never know what you are missing. This practice goes back in the beginning of landscape and nature photography in the West, with Minor White, Edward Weston, Ansel Adams, Galen Rowell and so on. Their experience told them that it would be wise, beauty-seekingly, to turn around and look behind, in order to record, in camera and in mind, everything that strikes the heart with awe.

Of course, we have to plan our trips, our gear, our logistics, even the photographs we make. But I suggest a fine mingle between planning and being out there spontaneously photographing what we see and feel. It is about being opened to what comes and planning means being prepared. It is a dance between Nature and Man, where Man offers this gift of photography to Nature, His Mother and His Muse.

My Muse is Nature indeed, as you may have noticed already. My relationship with Her is dearingly beautiful. I feel at rest when I travel Her hills and mountains, Her rivers, deltas and seas beyond what they physically represent. I feel at rest when I’m on her bosom like a minute and inocent child mesmerized by Her grandeur. She is the most beautiful and the most peaceful. Her caresses are featheringly touching my human margins each day of my life.

I was expecting something wild, something surprising, something unexpected, if you could imagine one could expect such a thing. I was preparing while I was hikking and climbing one day of September. Nature was preparing for changes; great ones, I may say. The skies were spewing clouds above, here and there, and soon, they covered it almose entirely. They threatened me with rain or whatever. But just preparing happened. As I was.

And so, I was preparing to shoot some interesting and exquisite landscapes. I was expecting some storms in the distance, maybe, but really, what happened was just preparing for other kinds of treatments of the land, after I had left the place. But I knew that something else was going to happen and, after shooting everything that interested me I turned around and, really, the sky looked and felt like it was going to close in on me and the land. Like it was going to close the chapter alltogether, like window blinds afar. It was like a horizontal portal shutting down as I was on a top and the sky was slowly enveloping me. But what really “broke the bag” in my inwards were the sunrays sneaking in holding on to their dear life in this natural and emotional vise of clouds and the land. I was enthralled by its squeezed power of endurance.

Right then and there I felt like I was shrinking. I felt tiny, minute. The sky was swallowing me and the earth as well. Nothing seemed familiar no more. There was only the Sun raying and governing everything that was made on this Earth. No grass, no rock, no stain, no mud, no cloud, no water nor a river was there to tell me a story. I felt no weakness just the power of the Sun. Warm? Indeed! But nevermind…

I had to go back down, to descend the mountains. The rain was about to start and the whiff of the fast pacing breeze showed no mistake. I went back into the forest of old, to cover myself, to shelter. There, another view of a different kind of light was exposed to my eyes. But about this.. is another story… 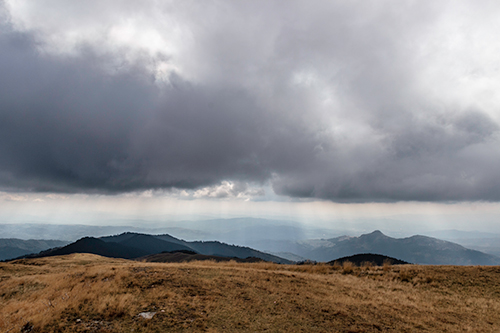 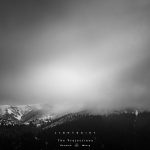 The Sketches: Ghost of LightHow to, Inspirational, Photography 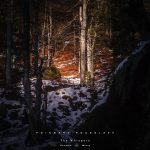