Note: I have revisited my photography project I’ve started a few years ago, called Music of Photography, and renamed it to “The Music”. Also, this is one of the chapters I’ve revisited, in this case, initially called Tunning in to Passion, which I’ve changed almost completely its subject and its featured photograph. This would be a kind of a requiem and the reason why I started this wonderful work in the first place. In memoriam Ansel Adams (1902 – 1984).

The negative is comparable to the composer’s score and the print to its performance. Each performance differs in subtle ways.
Ansel Adams.

First off, I’d like to call this project, and this particular chapter, an in memoriam Ansel Adams. I’d like to remind all of you, passionate photographers out there, that Ansel Adams was both a musician and a photographer. He wonderfully combined music with photography. In fact, he put his musical work into his art of photography, into his prints, making them a continuation of his music. He made music, actually, with his photographs.

Some of you may be wondering why my photographs became more and more low-key, high contrasty, why I use opposing tones, more, in my works. This is funny because Ansel, in his late years, started composing his photographs in the same way. The skies became more dark (i. e. Moonrise over Hernandez), the white highlights more white and so on. It is also funny the fact that many artists, nowadays, have become more and more selective in their compositions, whether in music, theater, film or photography, painting etc. They use dark tones to emphasize and to accentuate the points of interest within their works. The other “distracting” elements are kind of left out from the composition. And so, it is also the same technique I use, but not because I’ve seen others do it, copying, therefore, from them, but because this is how I feel it needs to be done. In fact, I’ve seen others do it after I used this technique. This is really interesting. But, did Ansel know anything about this? Did he foresee this? I’d say this is the collective consciousness at work in the realm of arts.

One can no longer talk about the correct exposure for photographs, because this is artistry, really. We are way beyond this. In fact, we are composing our works with passion, with clearness of expression and this is grand, really. We no longer care about doing it right on camera or post-processing it the right way. Because there is no right way. There’s only your way, and this is beautiful, really.

To me Ansel Adams was like a mentor. I learned a great deal from him and he, in fact, shaped my character as a photographer, as a practitioner of photography as art.

I photograph the right way, I’d say, using recipes of composition because I am still in love with the classical aspects of beauty. I think that the classics are the greatest teachers in the world when it comes to art, music, painting, sculpture, photography even, and just being ethical. They teach us to be beautiful, live beautifully, to think, feel and act beautifully.

But let us make it clear, because, today, there are many advocates of stepping out of the classical way into a more modern way in order to create something beautiful, to represent beauty in one’s work of art and thus, many of us are falling for this error, I may say, of not respecting certain canons, certain rules in our artistical creation. They say that the classical ways are obsolete. I want to make it clear that those rules are not there to bind us in any way and to forbid us forcefully to step out of their turf. No, they are just teaching us a way of being, a way of creating. And boy, aren’t they beautiful?! No one can contest this. We all like the classics, the classical works of back in the days despite our present prejudices.

I am not afraid to experiment, also. I am not sticking to the rules for good, becoming more of a classical representant and advocate of art. No. I just experiment with both the old ways as well as the new ways. But my experiments are practices with which I express myself in my art. I create therefore I am. This is what I believe.

In this journey, and I’d like to call it this way, I learned that photography is music in a visual way. Everything vibrates so beautifully in photography and I think that a photograph is actually a visual musical composition. Tonalities are notes, melodies and so on. Lights and darks oppose so beautifully that their gradual tones are like the dance of the nimble fingertips of the performer. Singing becomes, thus, dancing.

I have acquired a new habit which is looking at the sky. I raise my head and look at the clouds floating in the sky above my head. It’s so fascinating to me that I could spend hours just watching the sky and its movement. It shows me that there are other things that matter too, beside the earthly activities that we have. I have been told that this habit is not mine, in particular, but a habit of my kin, of my folk. They too look at the sky a lot. It may be a sign of hope, but nevertheless… When you spend a lot of time in Nature, you should expect to have such a habit, after a short while. This is the reason why I chose to portray a cloudscape for the subject of what I am talking about in this chapter. Clouds are a sign, an effect of a sort of passion that takes place in the sky where the elements gather around to create an abstraction so beautiful that one could give up believing in the rules we have on earth, rules that make us feel a sense of place. In fact, the sky is so different from the earth that they seem to be two separate entities. This is how the elements behave.

I can see the light fighting the dark in every of my composition as if this is how I feel within. No wonder I am attracted to look at such scenery, in which light and darkness is both present. Some scenes, though, do not suggest any of such things to me at first glance. Later on, in post-processing the images, I come up with these concepts. But how do I know the scenes look great this way? I guess it’s intuition. It is a knowing that some tonalities look better in black and white, than in color, and others even look greater if pushed to the extremes of high contrasts. But there is one thing I can tell you, that I am very certain, and that is you should not be affraid to experiment with creating images that move you. If they move you, if what you create out of your imagination moves your very imagination further on, then this is it. You have created a piece of artwork that has a message, that has a transcendence, that has aesthetics and so on. It is a piece of art.

Gear doesn’t matter, some may say, although some gear brings us technical qualities that impresses. But the greatest quality is the artistical quality above all, because in it we have quality of being. How we are shows how our art is.

In the beginning of this project I had no idea what I should expect, what I should encounter. It was an inner journey, I guess, of self-discovery in which I learn things about myself, how I create, what I can and cannot do, what I am capable of. I learn about myself together with perfecting myself, my art, my vision, how I see the world, the beauty in my eyes.

The purpose of life is to live beautifully and happy. But for now I remain silent and contemplate the very sighting before my eyes. That which is in my mind. 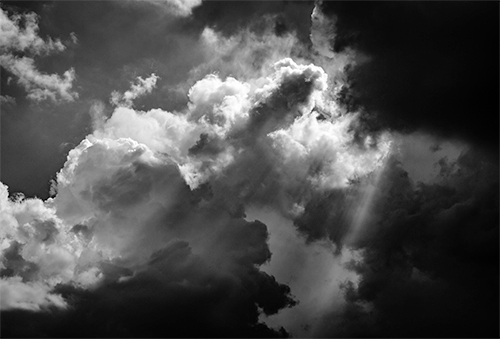 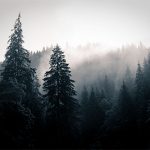