The Sketches: Ghost of Light

Eloquence is a painting of the thoughts.
Blaise Pascal.

Photography has never been easy. Many decades ago, even since the beginning of photography, artists have struggled with creating images that mean something far beyond the mere appearances. They photographed and processed their negatives but not in a hurry, for it took them a lot of time to come up with the images they wanted, they envisioned. In fact, they didn’t call them images but photographs. However, ever since the digital era, these photographs have changed their name to images. We are now creating images and I wonder if we are creating photographs at all. I think a photograph is a physical one, rather than a digital. The image is digital and the photograph is physical, a print, that is to say.

I too am creating images which I convert them into photographs by printing them. The print is a special object. It’s very fulfilling to hold a print in my hands, to feel the frame, to feel the texture of the paper itself, to closely see the details on the paper. Being physical is different than being digital, because you can feel it with your fingers, in your hands. It’s like a live person… a human being, a brood, an offspring. My creation!

I arrived at a chalet in the mountains, a few days ago, more exactly the past sunday. The weather was changing rapidly from a clear blue sky to fog in the valleys and on the peaks, in the woods, to partly cloudy, to windy and all. Lots of subjects to shoot. In particular, I looked out the window of the chalet and saw the mountain ranges across, the clouds moving quickly to cover them in order to leave in a few seconds. It was a sight to remember and record on camera. And so, I was inspired and went out and started shooting.

The clouds seemed heavy that day, yet very fast they were moving from time to time. Other times they lingered in the sky for quite a while. The plays of light and shadow in the environment were exquisite and beckoning to photograph. They were real light projections onto the lands. And therefore, this is what I was looking for in this chapter of photographical journeys.

What with the weather of late, there are more photographical opportunities than ever, in the mountains. It is due to the rapidly changing climate, which makes me also wonder if these changes are to increase and ruin everything in the long run. I guess something of a major significance is going to happen to our world, to our environment and in particular to our lands. But what significance are we referring to and how significant would it be? I know one thing for sure: the weather has become more fierce in the last three years.

And so, I saw something on the mountain ranges across the valley. It was a ghost of light of some kind that was playing tricks above. But it was the low on the horizon Sun projecting light onto, piercing, or trying to, the skies. The clouds were softboxing it. But a little of the ranges were revealed from time to time, which was very interesting. This called for a minimal frame.

The wind had various speedgusts. This was tremendously playful and pushed the courtains of clouds here and there as if they were tangoing. The light pointed sunray fingers soft enough to caress an entire crest of middle range mountains. This light was all there is to it. I was chasing, somehow, what it did up there. It fascinated me a lot and I was watching it in the outdoor cold in front of the chalet. Sometimes, the composition reveals itself pretty fast and all I have to do is frame it in accordance to what it told me to.

I wished I was there, on the ranges, hikking. I wished I had gone there right in that moment of revelation. I know I was to expose myself to the wind blows and if not prepared to it, I would suffer a great deal of chill. But the emotional aspect, being covered in clouds, just before with a clear blue sky above my head, would be an ecstasy to remember forever.

Nature is grand, you know, and to our wee, tiny, small and petite heads walking around, here and there, thinking and believing we are the Universe, could only remind us of the fact that we are just a grain of sand in this humongous Cosmos. Many things cover us with overwhelmance, should I say. The clouds, the sky, the Sun, the galaxy, other constelations and all the black holes there are out there. Matter is none. Energy is everything beyond thought and time. Our prejudices and concerns seem insignificant to the great guts of Creation assembling and devouring its siblings. Process is the word were after. The process of digestion is the process of birth, or reconstruction, ever recycling.

And then, the clouds were dispersing leaving a clear sky with the Sun shining gloriously, and me dreaming of what would it be to just be where I desired and lovingly immerse myself in its arms of light, for what it is. What a day that was! The Ghost of Light sang poetically to my inspired ears and I saw its lips on the earth, puffily kissing the electric snow strewn on the voluptuous pleats of the mountains. 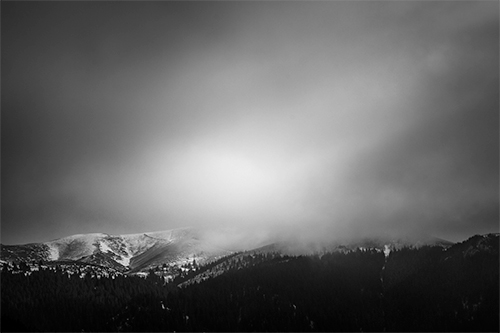 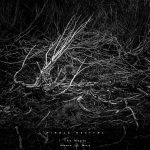 The Music: Regrets, I had a few…Inspirational, Photography 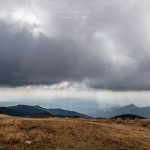 The Projections: Out in the openHow to, Inspirational, Photography