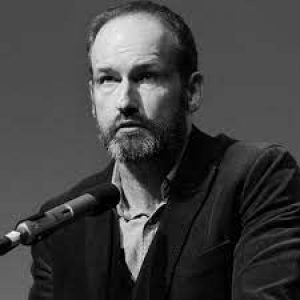 It’s been difficult for traditional great powers, particularly London and Washington, to realize that they’re no longer calling the shots.

In his estimable book, „The New Silk Roads”, Peter Frankopan makes the salient point that „the decisions being made in today’s world that really matter are not being made in Paris, London, Berlin or Rome  –  as they were a hundred years ago  –  but in Beijing, Moscow, in Tehran and Riyadh, in Delhi and Islamabad, in Kabul and in Taliban-controlled areas of Afghanistan, in Ankara, Damascus and Jerusalem.”

What Frankopan here describes is a multipolar world in all but name, one in which China and Russia sit at the apex as cultural, geostrategic, economic, and increasingly military counterweights to the hitherto unipolar reality led by the United States.

In the West, particularly when it comes to London and Washington, hysteria and panic has colonized their respective ruling establishments, made up of men and women who are no longer able to comprehend a world that is shifting beneath their feet. And it is the extent to which these ruling establishments refuse to accept that the old world is dying, along with the assumptions it rested upon, that now we are witnessing the friction and increasing hostility between both, culminating most tragically in the ongoing conflict in Ukraine.

Regardless, what is clear is that Beijing has assumed the mantle of global leader vacated by Washington under a Trump administration that was the acme of caprice and dysfunction, and a Biden successor that is trying and failing to hold back the new multipolar tide.

Frankopan also reveals in his book that at end of 2015 „the Export-Import Bank of China announced that it had begun the financing of what it expected to number more than 1000 projects in forty-nine countries as part of the Belt and Road Initiative.” Seven years later and over eighty countries are now included in Beijing’s burgeoning BRI, a staggeringly ambitious project of interdependence encompassing Central Asia, Africa, the Middle East, the Caribbean, Latin America, and Eastern Europe.

As to Moscow’s own deepening ties with Beijing, in a May 2020 article titled „The Sino-Russian Partnership Gains Momentum” for the U.S. think tank, the Newlines Institute ,  author Jeff Hawn writes: „In view of the perceived U.S. threat, China and Russia have capitalized on their mutual interest and increasingly strong personal relationship between their current leaders. Using the forum of the Shanghai Cooperation Organization as well as bilateral cooperation, the countries have gradually increased security cooperation both in extensive, well-publicized exercises and smaller, but perhaps more significant, deepening of the military-to-military relations.”

Compare and contrast the interdependence and multilateralism catalyzed by China’s BRI, and the expansion of the Shanghai Cooperation Organization since its foundation in 2001, with the retreat from the same embodied in Trump’s rigid opposition to multilateralism, starting with his withdrawal from the JCPOA in 2018 and thereafter his withdrawal from the World Health Organization over COVID-19. And, yes, though the Biden administration may have engineered Washington’s return to the WHO, it continues to drag its heels when it comes to reviving the JCPOA.

The West only has itself to blame for the friction now unfolding. Vladimir Putin, it should be borne in mind  –  focusing for a moment on Russia’s trajectory under his stewardship  –  rose to power in the Kremlin committed to fostering a close and mutually beneficial partnership with the West, going so far as moot the idea to then-President Bill Clinton of Russia joining NATO. This was in 2000. By 2007 the Russian leader had awoken to the fact that so far as Washington and its allies were concerned, Moscow lost the Cold War and therefore to the victor the spoils.

At the Munich Security Conference of the same year, the Russian premier sounded a warning as to the consequences of one power arrogating to itself the right to run its writ in every region regardless of the preeminence of international law and national sovereignty enshrined in the UN Charter.

„We are seeing a greater and greater disdain for the basic principles of international law”, Putin said. „And independent legal norms are, as a matter of fact, coming increasingly closer to one state’s legal system. One state and, of course, first and foremost the United States, has overstepped its national borders in every way.”

Unfolding in Ukraine as their words are being written is the catastrophic result of the West’s failure to heed the warning sounded by Russia’s president in Munich and Putin’s reckless decision to pursue a redrawing of Ukraine’s internationally recognized borders in consequence.

The world has changed, and changed utterly, with the period we are living through tantamount to an interregnum between the withering away of the old and the coming into being of the new. As such, it is a period pregnant with the risk of a global conflagration unless reason takes precedence over the entirely misplaced sense of exceptionalism that has driven Western foreign policy since the demise of the Soviet Union in the early 1990s.

Patrick
I scruttinize the Earth, the Skies, the Cosmos, the forces of Nature, in order to find those successful models that always were with us so we can become great in what we do, daily, from moment to moment. Thus, I want you all to create your life with talent and success.
Recent Posts 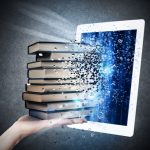 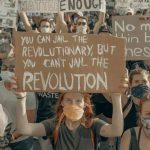 Yoram Hazony – The Challenge of MarxismEconomy and politics, Life in general